DIAL 911 in case of an emergency. If you are experiencing painful bleeding gums, bridge or dental implant break , tooth fracture or an tooth issue that needs immediate attention please call:

We Can Help You With Your Dental Implant Restoration

WHAT TO DO YOUR DENTAL IMPLANTS ARE FAILING

Just keep in mind that all is not lost if a tooth implant fails. In most cases it’s possible to save an implant (if help is sought quickly) usually by building up the bone & gum tissue surrounding it.

Please contact our office today. DO NOT WAIT. After your telephone consultation, and you come in for an appointment, Dr. Winson will give you a thorough exam to determine the best treatment plan to help you with your dental implant complications.

If your tooth implant is loose, and an untreated gum infection has caused bone loss issues in your jaw, in some cases the dental implant must be removed, followed by the the area being treated, and when it has healed, a new dental implant can be replaced.

WHAT ARE MY OPTIONS TO CORRECT FAILING DENTAL IMPLANTS?

Here Are Some Good Reasons:

If you are having difficulty with your dental implants, call 202.780.7708 and schedule an appointment with Periodontist Dennis E. Winson, DDS, as he will examine your tooth implants immediately, PLEASE do not try to self-diagnose the problem yourself. Not seeking medical attention will lead to further irritation and dental challenges. During your examination, Dr. Winson will let you know if you need dental implant restoration and the best way to proceed 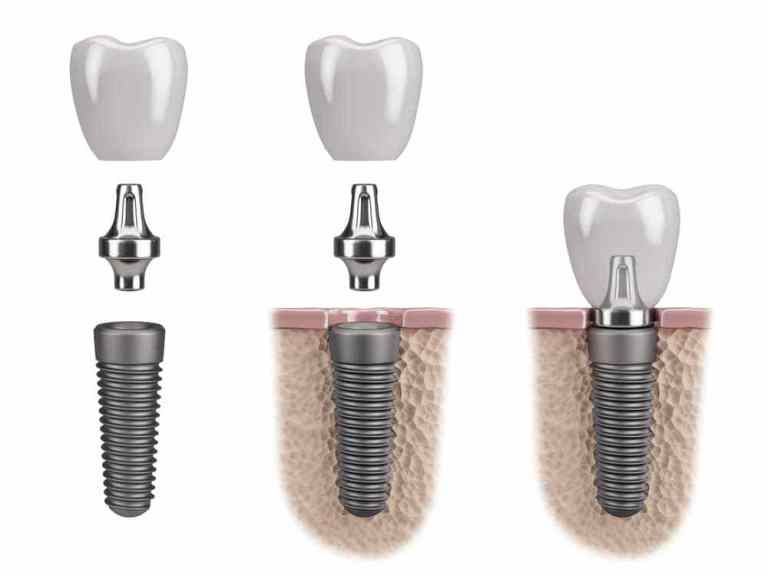 Dr. Dennis E. Winson will conduct your initial examination, identify what the issue is and how extensive the problem. Involving a physical examination along with X-rays to determine the density of your jawbone. Once discovered, Dr. Winson will be able to give you options to correct our dental implant failure issues.

WHAT IS THE BEST METHOD FOR CORRECTING ISSUES WITH FAILING DENTAL IMPLANTS?

In most cases of early dental implant failure that occur in the first few months, this means after the abutment is placed into your jaw, these some of the causes and options of treatment:

The bone surrounding the abutment has not adhered rigidly into the jawbone and the dental implants become loose are usually very easy to remove also called Lack of Osseointegration Integration.

Osseointegration refers to the direct attachment of bone to a metal implant (titanium) and exit the gum. These dental implants are used for permanent anchorage of artificial limbs.

2. Poor Healing Ability of the patient, sometimes because of diabetes, smoking.

3. Lack of Stability when abutment was placed, poor placement (not firm enough in the bone) also called Occlusal Overloading.

4. Micro Motion (too much movement of the implant during the healing process). In most cases, an artificial tooth isn’t attached to an implant until after the jaw bone properly heals to the abutment, but if the crown is attached, it can also put extra stress on the implant and lead to failure. Also called Implant Micro-Movements,

5. Infection at Your Dental Implant Area

If you have pain, see gum discoloration or excessive bleeding, this can indicate a gum infection that has developed during or after surgery. This infection can be the result of from smoking, a failed oral hygiene routine, diabetes, a compromised immune system, bite misalignment, parafunctional habits (bruxism), or an allergic reaction to the implant itself. An infection around a dental implant is a form of gum disease known as in its early stages as Peri- Mucositis Disease, and later stages Peri-Implantitis Disease.

Later Dental Implant Failure often occurs after a year of placement and has been in function. In some cases, the dental implant was firm and then becomes loose. Possibly due to infection or too much force on the tooth and abutment. This can occur with premature overloading of implants where it’s rejected. This type of late dental implant failure is easy to remove and the process is much like the early failure treatment.

In other later dental implant failure, the dental implant is rigid and this can be confirmed by the X-rays taken at your exam, they may show a pattern of implant disease called “perio-implantitis”, where bacteria has developed and is destroying the bone surrounding the neck of the implant. 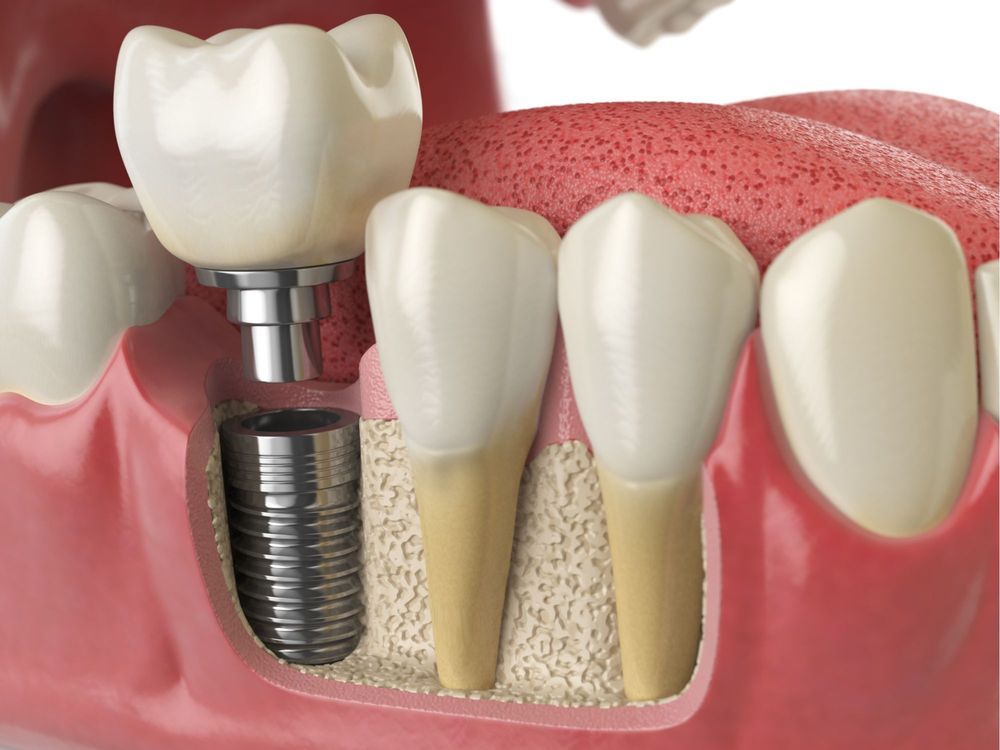 Perio-Implantitis Disease is a growing concern because it represents an active infection with a dental implant. This infection symptoms sometimes include pain, plus, abscess and bad odor. Unfortunately in many cases, the implant will need to be removed to prevent spreading pain, infection and further bone loss.

If Dr. Winson determines that your tooth implant needs to be replaced, under local anesthesia is easily removed with local anesthesia. Next after gently cleaning the gum tissue, if the bone is intact around the area of the removed dental implant, no bone graft should be be necessary.

With bone loss, Dr. Winson will use bone grafting to improve the area for replacing your tooth implant. Healing from a bone graft can take several months before a new abutment and crown can be replaced. During this healing process, Dr. Winson will discuss ways to reduce the risk factors that caused the implant to fail with you.

Apply For Your DENTAL FINANCING

WHAT IS LASER
GUM SURGERY?

Covered By Most Dental Insurance